Child of Count Dietrich Oldenburg and Hedwig Schleswig and Holstein

M, #6997, b. 2 March 1797, d. 16 August 1851
Pedigree
Dr. Stephen Olin was born on 2 March 1797 in Leicester, Vermont. He was a methodist clergyman and educator; president of Wesleyan University in 1842, and the author of Travels in Egypt, Arabia Petræa, and the Holy Land; Greece and the Golden Horn; College Life, Its theory and Practice; and Youthful Piety. He married Julia Matilda Lynch, daughter of Judge James Lynch and Janetje Maria Tillotson, on 18 October 1843.1 Dr. Stephen Olin died on 16 August 1851 in Middleton, Connecticut, at the age of 54.

M, #9988, b. 28 March 1706, d. 3 March 1774
Pedigree
Lt. Gov. Andrew Oliver. A Loyalist. He was born on 28 March 1706 in Boston, Massachusetts.2 He was the son of Daniel Oliver and Elizabeth Belcher.2 Lt. Gov. Andrew Oliver graduated in 1724 from Harvard.3 He married firstly Mary Fitch, daughter of Hon. Thomas Fitch, on 20 June 1728.3 He was Secretary, Stamp-Distributor, and Lieut-Governor of Massachusetts. In 1765, soon after receiving the appointment of Stamp-officer, the building which he had fitted for the transaction of business was demolished by a mob, and he was compelled to resign. He was then allowed to enjoy his post of Secretary without molestation for several months. But before the close of the year, a report that he was seeking to be restored to his place of Stamp-officer, obtained circulation, and he was required to make a public statement upon the subject. He complied with the demand, and published a declaration, that he would not act under his commission; but this was deemed unsatisfactory, and he was desired to appear under the Liberty Tree, and there resign the office in form, and in the presence of the people. With this demand he also complied, and at the proper time, and while two thousand persons surrounded him, he made oath to the following declaration: " That he had never taken any measures, in consequence of his deputation, to act in his office as distributor of stamps, and that he never would, directly or indirectly, by himself, or any under him, make use of his deputation, or take any measures for enforcing the Stamp Act in America." The multitude gave three cheers, and allowed him to depart. But so determined a course on the part of the Whigs gave him great pain, and caused intense suffering both to himself and his family. In 1770, Mr. Oliver was appointed Lieutenant-Governor.
In 1773, several letters which he had written to persons in England were obtained by Franklin, and sent to Massachusetts. These letters caused much excitement, and became the subject of discussion throughout the Colony. The Whigs of the House of Representatives agreed upon a report, that the manifest tendency and design of these and other similar communications of Hutchinson, Paxton, Moffat, Auchmuty, Rogers, and Rome, was to overthrow the Constitution, and introduce arbitrary power. In addition to the assaults at home, Junius Americanus, a writer in the public papers in England, charged him with the grave crime of perjury. Mr. Oliver was now advanced in life. He had always been subject to disorders of a bilious nature; and unable to endure the disquiet and misery caused by his position in affairs at so troubled a period, soon sunk under the burden and died after a short illness. In private life he was a most estimable man; but his public career, though earnestly defended by his brother in-law, Governor Hutchinson, is open to censure. No man in Massachusetts was more unpopular; and Hutchinson remarks, that the violence of party spirit was evinced even at his funeral; that some members of the House of Representatives were offended because the officers of the army and navy had precedence in the procession, and retired in a body; and that "marks of disrespect were also shown by the populace to the remains of a man, whose memory, if he had died before this violent spirit was raised, would have been revered by all orders and degrees of men in the Province."4 Lt. Gov. Andrew Oliver died on 3 March 1774 in Boston at the age of 67.3

Dr. Fitch Edward Oliver was born on 25 November 1819 in Cambridge, Massachusetts. He was the son of Professor Daniel Oliver and Mary Robertson Pulling.1 Physician, journalist and author. In 1860 he assumed the editorship of the Boston Medical and Surgical Journal in Massachusetts. He was one of the translators of Chomel's Treatise on General Pathology, and published the Lynde Diaries. Dr. Fitch Edward Oliver died in 1892.2 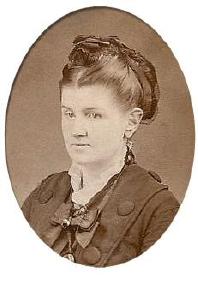