John Goodell was born on 1 March 1875 in Chandlerville.1 He was the son of John H. Goodell and Harriet Abigail Sewall.1 John Goodell married Eva Leeper on 18 March 1896.1

John Foster Goodell was born on 20 February 1908 in Jacksonville, Florida.1 He was the son of Andrew Goodell and Ida Foster.1

John H. Goodell was born on 14 April 1832 in Woodstock, Windham County, Connecticut.1 He was the son of Horace Goodell and Lucy P. Rickards.2 John H. Goodell married firstly Helen E. Cotton in 1851.2 John H. Goodell married his second wife Harriet Abigail Sewall, daughter of William Sewall and Elizabeth Ward Middleton, on 28 December 1865 at Jacksonville, Morgan County, Illinois.3,4 John H. Goodell died on 17 October 1908 in his home, Chandlerville, Illinois, at the age of 76.1
JOHN H. GOODELL, farmer and lumber merchant; P.O. Chandlerville; was born in Thompson, Windham County. Conn., April 15, 1832, to Horace and Lucy P. (Rickard) Goodell. He, born in Connecticut in 1802, came to Illinois in the spring of 1837, and settled in Cass County, he is a farmer, and now in the eightieth year of his age; his father was a captain in the Revolutionary War. The mother of our subject was born in Windham County, Conn., in 1808, and died in 1868. She had seven children, of whom John H. was the second. At the age of eighteen he left his home and apprenticed himself at the carpenter and joiner trade, and followed that for about twelve years. In 1862 he enlisted in the army, and served three years in the 114th Illinois Regiment, Company A, under command of Capt. Johnson. He was in the battle of Vicksburg. When Price made his march through Missouri, he, in his regiment, marched from Duval's Bluff through to Missouri, and returned to Nashville. In 1865, after his return home, he resumed his trade, and worked at it for about two years in Jacksonville. In 1866 he commenced farming in Cass County. In 1870 he started a large lumber business at Chandlerville. Mr. Goodell is the owner of about 230 acres of land, in Cass County. In 1851 he married Miss Helen E. Cotton, a native of Franklin County, New York; born in March, 1832, and died in 1863. In 1865, Dec. 27, he married Miss Harriet A. Sewall, a native of Cass County; born April 14, 1838. She is the mother of seven children, six of whom are living: Lucy, Lydia, William, John, Andrew, Susan; all at home. Mr. Goodell is now holding his second term as Justice of the Peace. Self and wife are members of the Congregational Church. Politically, he is a Democrat.2

Lucy Goodell was born on 28 May 1868 in Chandlerville, Cass County, Illinois.1 She was the daughter of John H. Goodell and Harriet Abigail Sewall.1 Lucy Goodell graduated from Nurses Training School, Chicago.1 She married Dr. Andrew Struble on 9 June 1897 in Chandlerville, Cass County, Illinois.2 Lucy Goodell died on 22 March 1920 in Glasco, Cloud County, Kansas, at the age of 51.3 She was buried in Glasco Cemetery, Glasco, Cloud County, Kansas.4

Lydia Goodell was born on 2 February 1871 in Chandlerville.1 She was the daughter of John H. Goodell and Harriet Abigail Sewall.1 Lydia Goodell married Benjamin Wellenrelter on 27 November 1902.1

Susie Goodell was born on 27 February 1880.1 She was the daughter of John H. Goodell and Harriet Abigail Sewall.1

Ruth Leah Goodnough was born on 26 February 1913 in Methuen, Essex County, Massachusetts.1 She was the daughter of Herbert Becket Goodnough and Amanda H. Mannifield.1 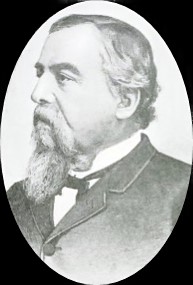