Alexander Gordon
(1794 - 1863)
Maj. Gen. Alexander Gordon R.E. was born illegitimate on 15 February 1794 at Gordon Castle; the natural son of Alexander 4th Duke of Gordon.1,2 He was the son of Alexander Gordon 4th Duke of Gordon, 7th Marquess, 1st Earl of Norwich and Isabel Williamson.2,3 Maj. Gen. Alexander Gordon R.E. was baptised on 30 August 1794 in the Parish of Bellie, Fochabers, Morayshire, by the Rev. James Gordon, Minister of Fochabers. Witnesses, James Clapperton and Alexander Ore.4 He was educated at Rothes School.5 On 7 October 1810 he entered military service as a Gentleman Cadet. He was commissioned into the Corp of Royal Engineers as a 2nd Lt. (his father the Duke having got him his commission). Between 1823 and 1824 he served as senior officer in Demerara during an insurrection of the slaves; he was mentioned in general orders and received the thanks of the Court of Policy of United Colony of Demerara and Essequibo. He was a junior member of the Court Martial of the missionary John Smith for exciting the negroes to rebellion at which Smith was found guilty and sentenced to be hanged but he died of dysentry before the sentence could be carried out. On 2 December 1824 he was promoted to 1st Lt. and again to that rank on 25 March 1825 from a period on half pay. 10 Jan 1827 Captain, 11 Nov 1851 Bt. Major and Lt. Colonel from 6 December 1851 Bt. Colonel 28 November 1854, Colonel 10 September 1856, Major General 20 April 1861. He served for many years in Canada and ultimately at the Cape of Good Hope.6 He married Zébée Anne Rose Touzi, daughter of François Joseph Touzi and Anne Careaud, on 6 August 1822 in the Parish Church, Boldre, Hampshire, by licence. In the notice in The Morning Chronicle Zébée is described as being of Tweedside, Lymington.7 Maj. Gen. Alexander Gordon R.E. died on 16 March 1863 at 22 Bloomsbury Square, London, at the age of 69.2,8

M, b. 26 September 1823, d. 23 August 1891
Pedigree
Maj Gen. Alexander William Gordon of 61st (South Gloucestershire) Regiment of Foot. He was known in the family as Uncle Alick.1 He was born on 26 September 1823 in Demerara.2,3 He was the son of Maj. Gen. Alexander Gordon R.E. and Zébée Anne Rose Touzi. Maj Gen. Alexander William Gordon was christened on 16 February 1824 at Boldre, Hampshire.2 He married firstly Mary Elizabeth Whitney, daughter of Thomas Annesley Whitney and Julia Gaven, on 19 June 1851 at Bishopsbourne, Kent, the service being conducted by the Rev. Arthur Eden, brother-in-law of the bride.4 Maj Gen. Alexander William Gordon married secondly Constance Mary Mordacque, daughter of Rev. Louis Henry Mordacque and Sarah Robertson, on 29 October 1879 at the Town Church, St. Peter Port, Guernsey, she was less than half his age.5,6 They both appear on the census of 4 April 1881 at Colborne Place, Queens Road, St. Peter Port, Guernsey, Channel Islands; which shows Alexander Gordon as a Major General retired on full pay. The household also consisted of two sisters, Mary and Amelia Luxon of St. Samson, as domestic staff.3 Maj Gen. Alexander William Gordon died on 23 August 1891 in at Mrs. Perkins' residence, Hauteville, Guernsey, at the age of 67 s.n.p.7,8,9
THE LATE MAJOR-GENERAL A.W. GORDON.
By the demise of Lieutenant-General Alexander William Gordon one more well known figure of our insular society has been removed. The General, during late years had not taken such an active part in the sports afforded by the island, but his mind was as keen on them as ever. We remember well how he deplored the discontinuance of the drag-hunt in which pastime he took much interest. On field-days the General would be seen intently watching the incidents of the runs, encouraging by word the pack of small hounds and, usually, doing everything in his power to promote genuine sport. In another direction he was indefatigable. He was ever anxious to encourage the young generation in the art of model-yacht building and sailing, and he himself, was, by no means, an unskilled hand in drawing and constructing models with which he would repair to the Model Yacht Pond, and test their sailing qualities. In the races and in most matters concerning the Model Yacht Club he also took a most active part and was a source of great encouragement to others. His association with the island was in many respects a source of pleasure to him and we need not recapitulate at any length the many instances in which be gave ample proof thereof. He was also a promoter of the local Primrose Habitation. The General had been a member of the Royal Channel Islands Yacht Club and was also one of the first to put his name down as member of the recently formed Guernsey Yacht Club. His pen was ever ready to deal with those subjects in which he felt most interest and the columns of the local press were often resorted to by him as a medium for discussion. Major-General Gordon was stationed in Guernsey in 1875 when Colonel of the 61st Foot. He joined her Majesty's service March 11th, 1842, obtained his lieutenancy on May 3rd, 1844, and was gazetted captain four years later, namely, on December 29th, 1848. He attained his majority in January 1858, was made Lieut.-Colonel, December 27th, 1868, and Colonel on December 22nd, 1875. He retired with the rank of Major General, May, 1876. The deceased served with the 61st Regiment at the siege, assault and capture of Delhi in 1857, was present at the repulse of the sorties of 4th and 18th July, and in the action of Nujjufghur on 25th August, where he commanded the Reserve and obtained his brevet as Major (Medal with Clasp). The Star 27 August 1891.10,11

Catherine Anderson (née Gordon)
Catharine Gordon was born in 1791. She was christened on 7 June 1791 at Bellie.1 She was the daughter of Alexander Gordon 4th Duke of Gordon, 7th Marquess, 1st Earl of Norwich and Jean Christie. Catharine Gordon married Capt. John Anderson of Candacraig on 15 July 1817 in Bellie.2

M, b. 13 January 1798
Pedigree
Charles Gordon was christened on 13 January 1798 at Bellie, Morayshire.1 He was the son of George Gordon 5th Duke of Gordon, 8th Marquess, 2nd Earl of Norwich and Ann Thomson.1

F, b. September 1724
Pedigree
Charlotte Gordon was born in September 1724. She was the daughter of Alexander Gordon 2nd Duke of Gordon, 5th Marquess and Lady Henrietta Mordaunt.

F, b. 1 November 1810, d. 10 December 1810
Pedigree
Charlotte Gordon was christened on 1 November 1810 at Bellie, Morayshire.1,2 She was the daughter of Alexander Gordon 4th Duke of Gordon, 7th Marquess, 1st Earl of Norwich and Jean Christie.1 Charlotte Gordon died on 10 December 1810 in Bellie, Morayshire. She was buried in Bellie Churchyard, in the tomb where Mrs. Susan Robertson was laid in 1822.3 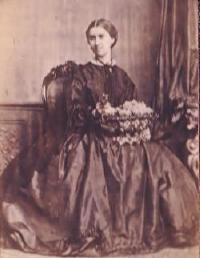